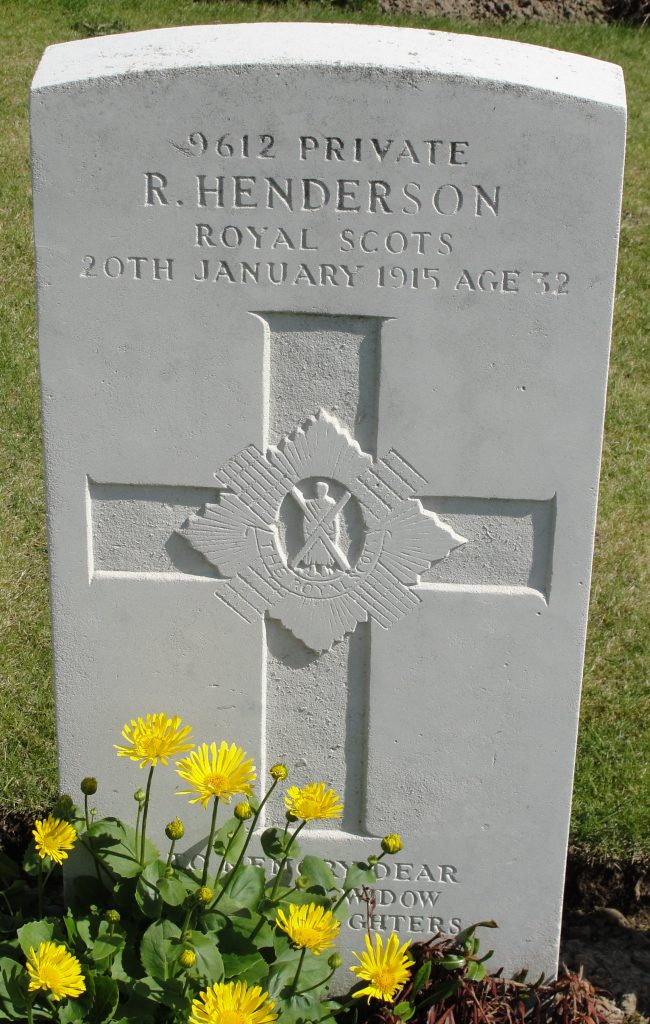 Private Robert Henderson, 33 Whorterbank, Lochee, who died of wounds on 16th January, and has been buried in Flanders, had served for nine years in India with the 2nd Royal Scots.  He is survived by a widow and three children.

Can you tell us more about Robert Henderson'? Some additional facts, a small story handed down through the family or perhaps a picture or an heirloom you can share online. Contact our curator...