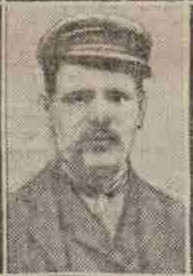 Stewart Henderson (missing). Henderson who was the oldest of the Dundee detachment, is married, but has no family.

Stewart Henderson has been a seaman for forty years.  He is a powerful swimmer, and his folks believe that if he had any chance at all he is safe.

HENDERSON___In memory of my husband, Stewart Henderson, fireman, who lost his life on the hospital ship Rohilla, at Whitby, on 31st October 1914. – Inserted by his sorrowing wife Alice Henderson, No 37 Gellatly Street, Dundee.

Can you tell us more about Stewart Henderson'? Some additional facts, a small story handed down through the family or perhaps a picture or an heirloom you can share online. Contact our curator...