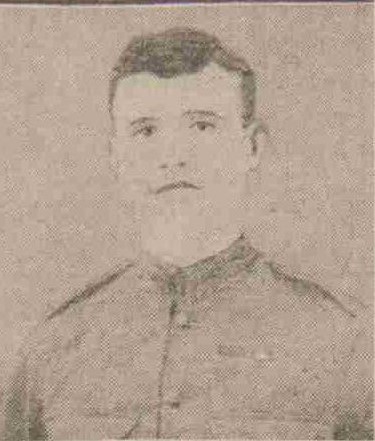 Mrs Cooney, 3 Lawrence Street, Dundee, has received intimation that her brother, Private Peter Higgins, K.O.S.B., who had been missing since 4th June, 1915, is now presumed to be dead.

Private Higgins had seen continuous service since he joined the army as a youth of eighteen in 1898.  He held two medals for the South African Campaign.

Can you tell us more about Peter Higgins'? Some additional facts, a small story handed down through the family or perhaps a picture or an heirloom you can share online. Contact our curator...