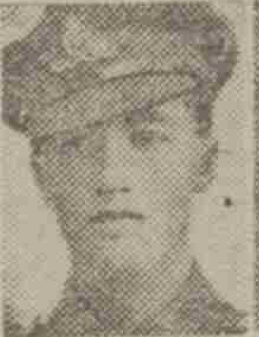 Gnr. Wm. Hobkirk, R.F.A., son of Mr and Mrs Hobkirk, 51 Dura St., killed.  Gnr. Hobkirk joined the Army in April, 1916, and went to France in November of the same year.  He was previously employed by the Dundee Waterproof Co., Lochee Rd.

Can you tell us more about William Hobkirk'? Some additional facts, a small story handed down through the family or perhaps a picture or an heirloom you can share online. Contact our curator...