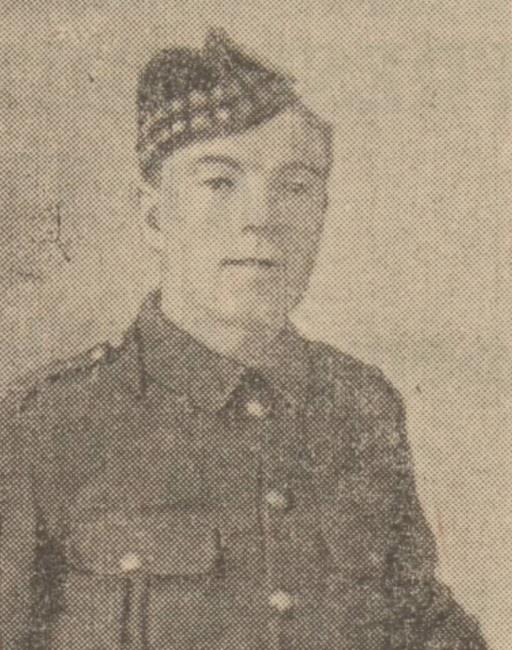 14089 Pte. William Hogg, 2nd Royal Scots, was killed in action on 5 March 1916, aged 35.
The son of James and Christina Hogg, 63 Lochee Road, William was listed as missing on 5 March, and later presumed to have been killed on that date.
His father was the caretaker of HM Frigate Unicorn, and recruiter for the Royal Naval Volunteer Reserve in Dundee.

DUNDEE ROYAL SCOT MISSING. Mr James Hogg, caretaker of H.M.S. Unicorn, and recruiter for the R.N.V.R. Division in Dundee, has received official intimation that his eldest son, Private W. Hogg, Royal Scots, had been missing since 5th March. Private Hogg was wounded in the earlier stages of the war. Two sons of Mr Hogg are at present serving. Driver James Hogg, who was a reservist on the outbreak of the war, is in the Royal Engineers. He was gassed some time ago, and is about to go on active service again. A.N. John Hogg is following in his father’s footsteps, being in the Royal Naval Division. Mr Hogg has himself been connected with the R.N.R. and the naval service for nearly forty years. The Courier, Thursday, 24 August 1916, 4

Can you tell us more about William Hogg'? Some additional facts, a small story handed down through the family or perhaps a picture or an heirloom you can share online. Contact our curator...