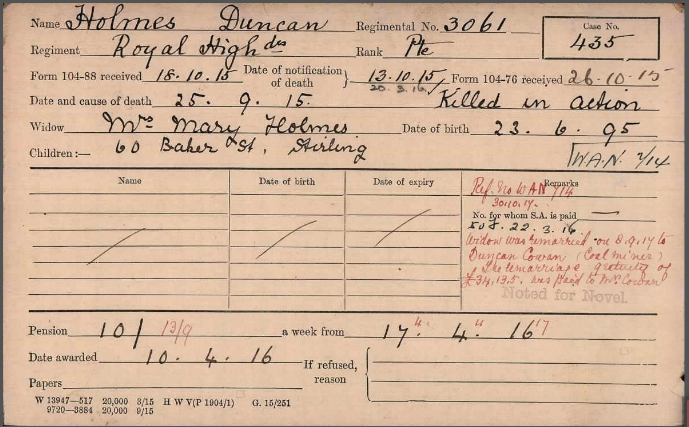 Duncan has no known grave but is remembered on the Loos Memorial.

Private Holmes, who enlisted after the outbreak of war, belonged to Greenock, and was previously a miner at the Valleyfield Pit, Dunfermline.  He came to reside in Lochee a little over a year ago.

In February last he was wounded severely in the head, but was able to again proceed to the front about four months ago.  His young widow last heard from him a fortnight ago, and he was then quite well.  Private Holmes was 22 years of age.

Can you tell us more about Duncan Holmes'? Some additional facts, a small story handed down through the family or perhaps a picture or an heirloom you can share online. Contact our curator...