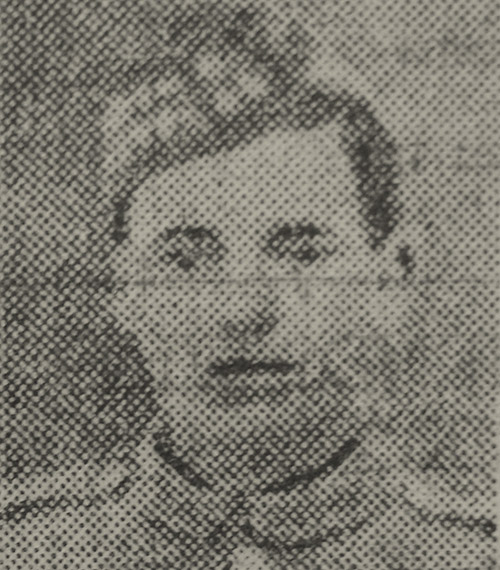 Andrew was born at 2 Tay Street Lane, Dundee, 5th January 1890. He was a wartime volunteer who enlisted in the Royal Scots on 19 April 1915, and was posted to the 17th Battalion, which was a “Bantam Battalion” made up of shorter men which confirms with his stated height on his service records  of only being 4 feet, 11 and a quarter inches tall. After initial training he was posted overseas to France on 5th April 1916  where he joined the 11th Royal Scots. He then transferred to the 13th Royal Scots on 24 May 1916 and served with them until 8 July 1916 when he was transferred to the 17th Royal Scots, and fought with them on the Somme. On 17th April 1917 he was transferred to the 2nd Royal Scots and served with them in the Battle of Arras and the Third Battle of Ypres (Passchendaele). He was seriously wounded in the Battalions attack on Zonnebeke on 26th September 1917, dying of his wounds the same day in the Casualty Clearing Station at Dozinghem. He is Buried in Dozinghem Military Cemetery.

Information researched and supplied by his Great Nephew, Gary Thomson

Can you tell us more about Andrew Hood'? Some additional facts, a small story handed down through the family or perhaps a picture or an heirloom you can share online. Contact our curator...