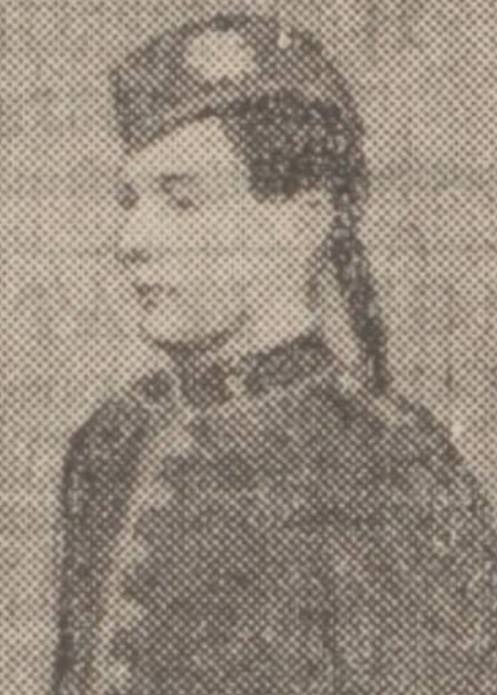 James has no known grave but is remembered on the Le Touret Memirial.

1564, Pte. James Howie, A Company, 4th Black Watch, was killed in action on 10 March 1915, aged 19. ‘Dundee’s Own’ lost 7 men killed and some 27 wounded.
Howie was an apprentice plater at the Caledon Shipyard, the eldest son of Mr and Mrs John Howie, 50 Ferry Road.
In a letter to his mother, Lieut. Sidney Steven described him as a ‘tower of strength’.
Pte. Howie is commemorated on the Le Touret Memorial, Pas de Calais, France.

“A TOWER OF STRENGTH TO OTHER FELLOWS.” OFFICER’S FINE TRIBUTE TO A YOUNG HERO. Private James Howie, 50 Ferry Road, was killed in action on the 10th, that day which will ever be famous in the annals of the 4th Black Watch.
The news of his death was received by his mother last night in a letter written by Lieut. S. H. Steven.
The letter, which is dated 18th, says: –
“I have the sorrowful duty to report to you the death of your son, James Howie. He was killed in action in the advance at Neuve Chapelle on 10th inst.
Your son was a fine soldier, one whom I always looked upon with pride as belonging to my platoon. In the fight he was a tower of strength to the other fellows, helping and cheering them on. A better death no man could die. His death is a great loss to our company. I wish to convey to you our combined sympathy in your sore bereavement.”
In a letter to his parents Lieut. Steven refers to the loss of Private Howie. He says: – “This poor fellow went amissing on the 10th, and I got a note to-night (18th) that he was found dead by the 1st Seaforths when they were clearing up their field of battle. He was buried by them on 11th inst.
“Howie was an excellent fellow – one whom I always respected and looked to as an example as a good soldier.”
Private Howie was in his nineteenth year, and was two years in the 4th. He was an eldest son, and was serving his apprenticeship as a Plater at Caledon Shipbuilding Yard. The Courier, Tuesday, 23 March 1915, 7.

Can you tell us more about James Howie'? Some additional facts, a small story handed down through the family or perhaps a picture or an heirloom you can share online. Contact our curator...