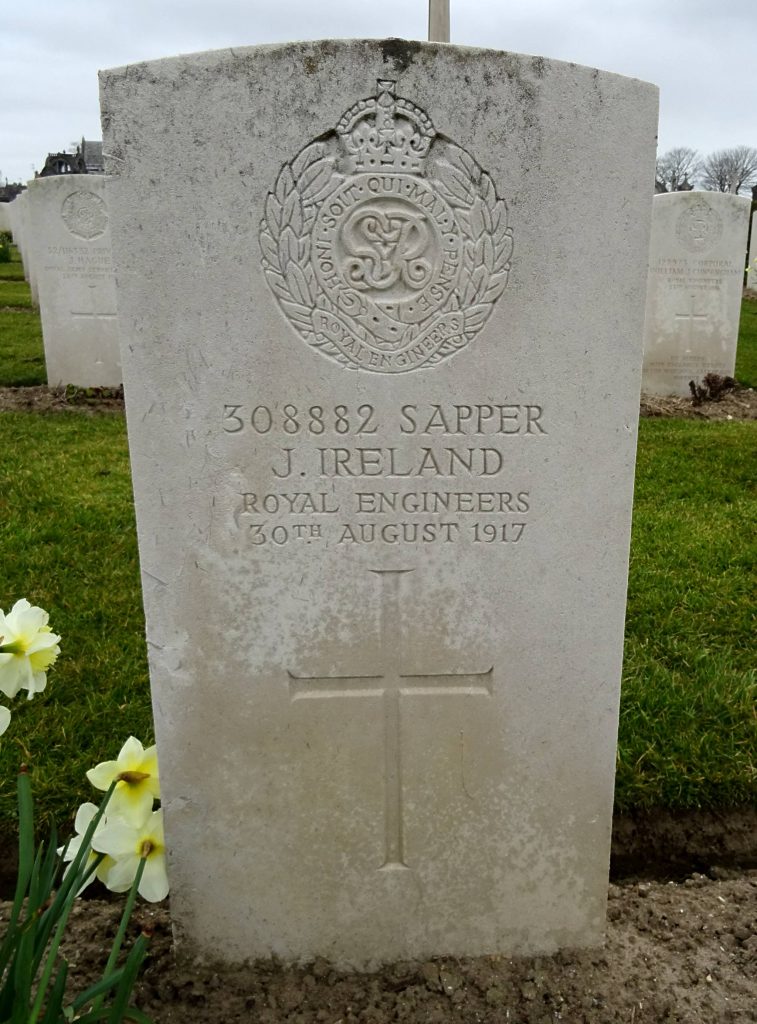 Trooper Joseph Ireland, a Dundee Reservist, who had been at the front since the outbreak of war, has died in hospital from gas poisoning.

Deceased, who had seen about 20 years’ service, was called up on the outbreak of hostilities and joined the Dragoon Guards, although latterly he was transferred to the Royal Engineers.  He had been gassed and died from the effects.  Prior to enlistment he was a shunter at Dundee East Station.  He was an active worker in the city for the Scots Greys’ Association, and was home on leave only a fortnight ago.  His widow and one child reside at 54 Dallfield Walk.  Deceased, was 36 years of age.

Can you tell us more about Joseph Ireland'? Some additional facts, a small story handed down through the family or perhaps a picture or an heirloom you can share online. Contact our curator...