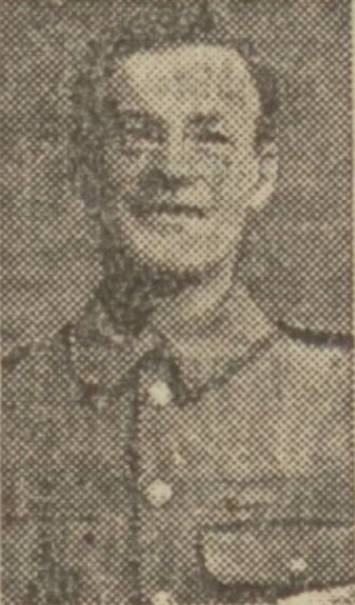 Thomas has no known grave but is remembered on the Helles Memorial. His address is also listed as 49 South Brown St.

On 19 July 1915, Clyde Z/663 P.O. Thomas Jack, Hood Battalion, Royal Naval Division, was killed in action at the Dardanelles. Born on 27 September 1880, Jack had been an engineman on a Dundee trawler before the war.
Joining the Royal Naval Division on 7 October 1914, he was posted to Hood Battalion in June 1915, being Mentioned in Despatches ‘For meritorious work (on 4 June 1915) in taking command of his company during the assault in the absence of his company officer killed or wounded’.
Petty Officer Jack was killed in action on 19 July, and buried in the communication trench ‘between 5 in E10 and 6 in E11’, with a cross marking his grave. He was survived by a widow and three children.
Jack is commemorated on the Helles Memorial, Turkey and the wooden memorial plaque in St Aidan’s Parish Church, Broughty Ferry.

BROUGHTY MAN KILLED IN ACTION. Broughty Ferry has lost many sons in the war, and the latest victim officially notified is Petty Officer Thomas Jack, of the Hood Battalion R.N.V.R. He was killed in action in the Dardanelles on 19th July, and leaves a widow and three of a family, who reside in Brown Street, Broughty Ferry.
P.O. Jack, a fine type of Britisher, enlisted in the Naval Brigade in September last, and was previously employed as engineer on a Dundee trawler. The Evening telegraph and Post, Tuesday, 10 August 1915, 2.

BROUGHTY FERRY PETTY OFFICER KILLED. Mrs Jack, Brown Street, Broughty Ferry, was yesterday officially notified that her husband, Petty Officer Thomas Jack, Hood Battalion R.N.V.R., had been killed in action at the Dardanelles on 19th July. He was previously in the Collingwood Battalion.
Jack, previous to enlisting in September last, was employed as an engineer on a Dundee trawler. He leaves a widow and three of a family. The Courier, Tuesday, 10 August 1915, 6.

Can you tell us more about Thomas Smibert Jack'? Some additional facts, a small story handed down through the family or perhaps a picture or an heirloom you can share online. Contact our curator...