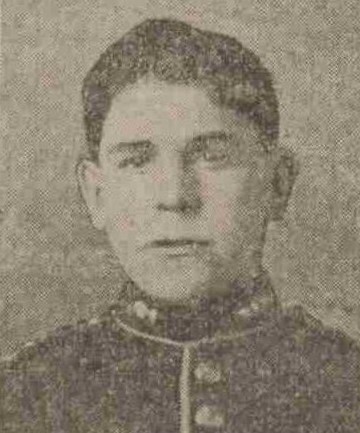 After being reported missing for fifteen months, official intimation has been received that Lance-Corporal Christopher Johnston, 2nd Royal Scots Fusiliers, was killed in action.  His mother, who resides at 67 Ure Street, Dundee, was notified to this effect by the War Office on Saturday.

The lance-corporal was twenty-two years of age, and was for eighteen months in the 4th Black Watch Volunteers before joining the Royal Scots Fusiliers over three and a half years ago.  He was previously employed as a waiter in a public house in the Hawkhill.

Can you tell us more about Christopher Johnston/Johnstone'? Some additional facts, a small story handed down through the family or perhaps a picture or an heirloom you can share online. Contact our curator...