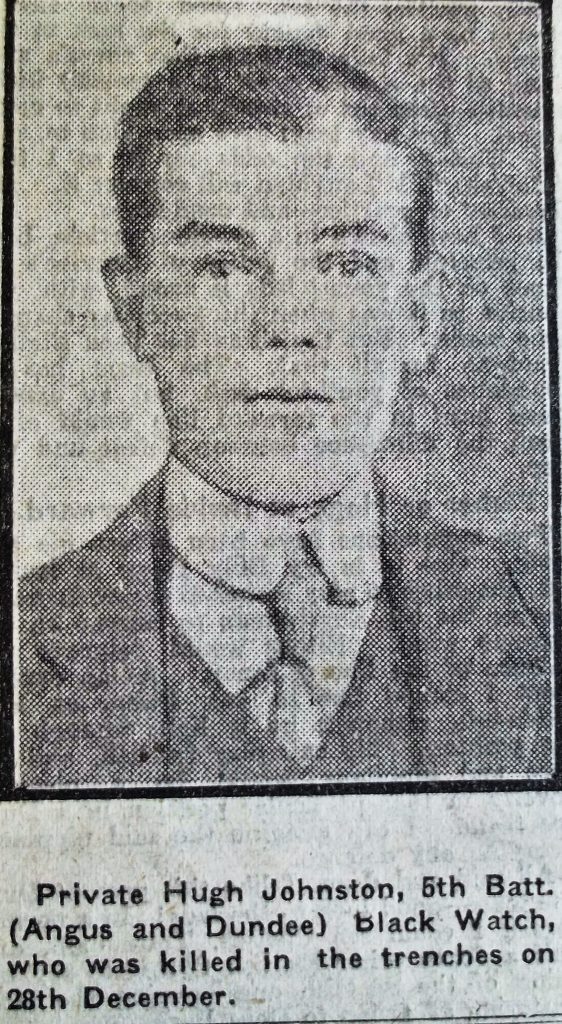 Private Hugh Johnston was one of the first 5th battalion men to be killed in action. The Dundee Advertiser reported
“The latest victim is Private Hugh Johnstone who resided with his sister at 56 Wililam Street. He was only 18 years of age and joined the colours three months before the outbreak of war. When he met his death, Private Johnston who was employed in Caldrum Works was engaged in trench digging. Two other Dundee lads Pte Simpson (curiously enough of the same address) and Pte Clark, Hill Street were along with him. They were working on each side of the deceased, and the first intimation they heard of the sad occurence was a low moan proceeding from the bottom of the trench. Little investigate was required to ascertain the cause, Pte Johnston had been struck in the head by a dum-dum bullet. He breathed his last a quarter of an hour later, and his body was buried the same night.’

Can you tell us more about Hugh Johnston'? Some additional facts, a small story handed down through the family or perhaps a picture or an heirloom you can share online. Contact our curator...