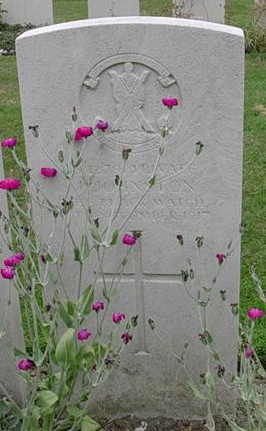 Mrs James Duthie, Broomfield, Montrose, has received intimation that her brother, Pte. James Johnston, The Black Watch, was killed in action in France on November 7.  Private Johnston enlisted under the Derby scheme fully eighteen months ago, and after being about a year at Salonika he contracted fever and was invalided home.  After a short period at Nigg he was drafted to France, and had only been six weeks there when he met his death.  He was forty-two years of age, unmarried, and a native of Tayport.  Before enlisting he was a gamekeeper at Lucklawhill, Fife.  His brother, Private John Johnston, was also formerly a gamekeeper at the same place, was killed on October 17, 1916.  Another brother, William Johnston, is on a mine-sweeper.  Their father, Mr James Johnston, was at one time a salmon fisher in Montrose, but a good many years ago removed to Tayport.

Can you tell us more about James Johnston'? Some additional facts, a small story handed down through the family or perhaps a picture or an heirloom you can share online. Contact our curator...