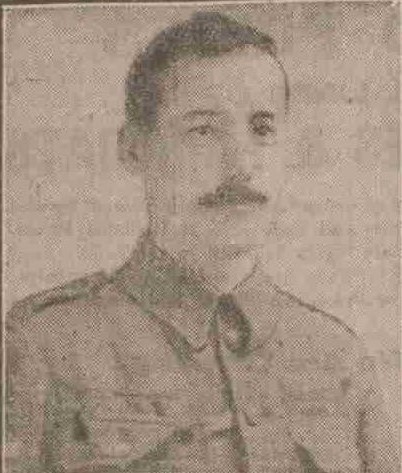 KILLED AT THE DARDANELLES.

The sad news yesterday reached Mrs Johnston, 27 Victoria Street, Dundee, that her husband, Sergeant James Johnston, 1st Battalion Border Regiment, was killed in action at the Dardanelles on 14th inst. The intimation of Sergeant Johnston’s death was contained in an official communication from the Record Office at Preston.  Mrs Johnston belongs to Dundee, but only recently returned to the city from India, where her husband had served for a considerable time.

Sergeant Johnston relinquished a responsible appointment in the military prison service to rejoin his regiment.  A native of Workington, Cumberland, he was a fine specimen of the thoroughly capable non-commissioned officer of the British Army, and was held in the highest respect by his comrades.  Two months ago he went to the Dardanelles.  Before her marriage Mrs Johnston was connected with the China Inland Mission.  A younger brother of Sergeant Johnston, who was a member of the King’s Own Yorkshire Light Infantry, is a prisoner of war in Germany.

Can you tell us more about James Johnston'? Some additional facts, a small story handed down through the family or perhaps a picture or an heirloom you can share online. Contact our curator...