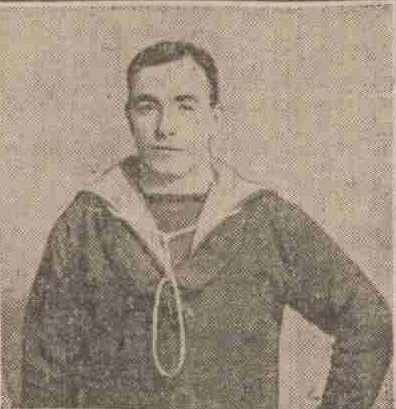 John has no known grave but is remembered on the Portsmouth Naval Memorial. He was serving aboard H.M. Submarine E-30 which left Harwich on 15th November 1916. She sunk in the North Sea possibly due to a mine off Orford Ness. The minefield was not located until 25th November 1916.

Information has been received that First Class Stoker John Johnston, second son of Mr and Mrs James Johnston, 1 Melrose Terrace, Dundee, has lost his life while on active service.

Stoker Johnston was 28.  On leaving school he became a telegraph messenger at the General Post Office, Dundee, and while in the postal service he won the cup and three medals for swimming and gymnastics. Emigrating to America, he remained there for five years, and evinced a desire for a naval life.  American friends advised him to join the U.S. navy, but Stoker Johnston replied, “If I sail I sail under my own flag—the Union Jack.”  Returning home, he joined the British Navy, in which he had served for about four years.

Can you tell us more about John Johnston'? Some additional facts, a small story handed down through the family or perhaps a picture or an heirloom you can share online. Contact our curator...