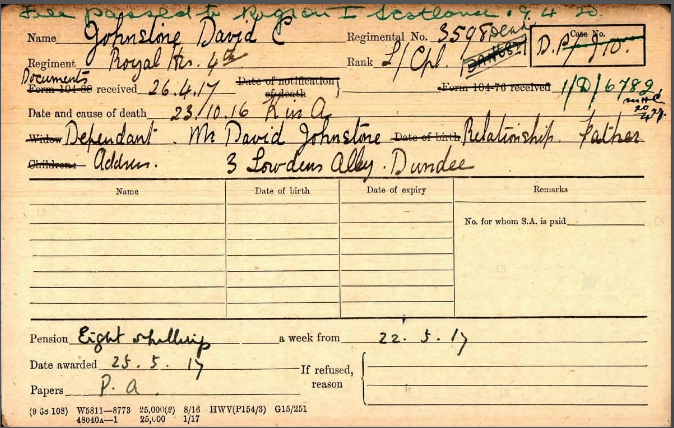 JOHNSTONE___Killed in action, on the 23rd day of October, Lance-Corporal David Johnstone, No 3598 of the Black Watch, in his 21st year, second and dearly beloved son of Mr and Mrs Johnstone, 3 Lowden’s Alley, Dundee.

Can you tell us more about David Cairncross Johnstone'? Some additional facts, a small story handed down through the family or perhaps a picture or an heirloom you can share online. Contact our curator...