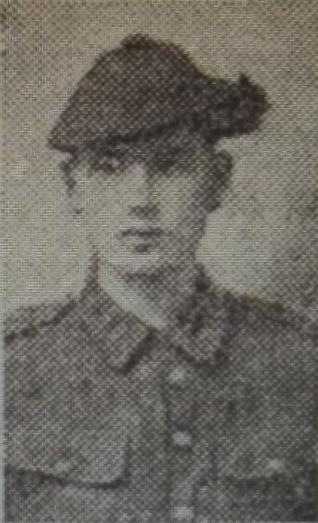 Private D. Jones, whose mother resides at 19 Rosebank Street, Dundee, is another young Dundee Military Medallist.  He joined the Black Watch about the beginning of January of 1915, and has been at the front for nearly 18 months.  He is 22 years of age, and previously a millworker.  A brother has been recently reported wounded.

Can you tell us more about Douglas Jones'? Some additional facts, a small story handed down through the family or perhaps a picture or an heirloom you can share online. Contact our curator...