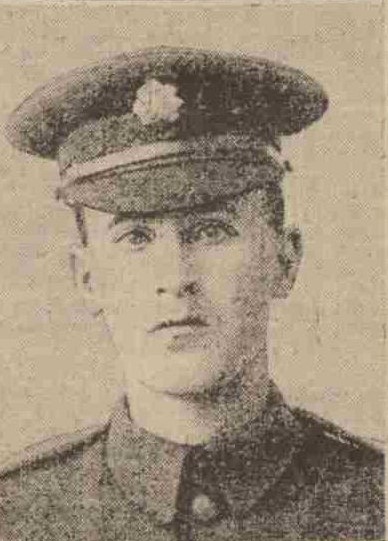 Mrs Keillor, 2 Nelson Street, Dundee, has received intimation from a comrade that her husband, Private John P. Keillor, Scots Guards, has been killed in action.  Private Keillor, who was 26 years of age, was a member of C Company of Dundee Volunteer Regiment, and joined the Scots Guards in October, 1915.  His comrade, in breaking the sad news to Mrs Keillor, states that her husband was killed while on duty in a front line trench during a bombardment.  They all regretted his death very much as he was of such a kindly disposition, having a smile and a cheery word for everyone.

Can you tell us more about John Paterson Keillor'? Some additional facts, a small story handed down through the family or perhaps a picture or an heirloom you can share online. Contact our curator...