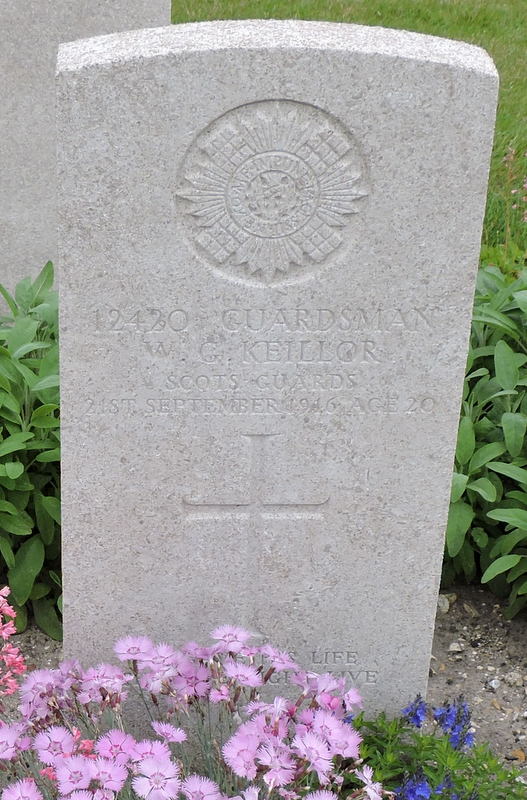 Mr David Keillor, gardener, Seabourne, Broughty Ferry, has received the sad intelligence that his son, Private William George Keillor, of the Scots Guards, has died in hospital in France, the result of wounds received in action.  Another son of Mr Keillor, Private Henry Keillor, in the machine gun section of same battalion, has been wounded.

Can you tell us more about William George Keillor'? Some additional facts, a small story handed down through the family or perhaps a picture or an heirloom you can share online. Contact our curator...