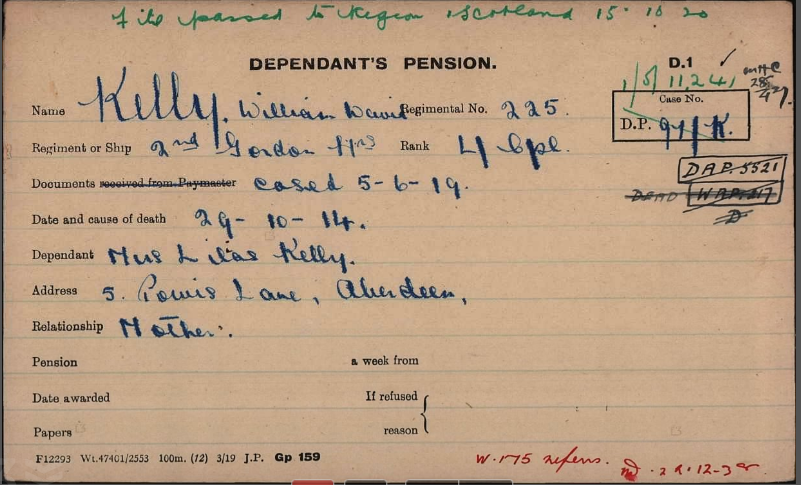 AN ECHO OF THE RETREAT FROM MONS.

Official intimation has not yet been received as to the fate of Lance-Corporal William D. Kelly, a Dundee man, belonging to the 2d Gordon Highlanders, but it is to be feared that he was killed in action during the retreat from Mons.

His wife, who resided at 90 Overgate, Dundee, received notice from the War Office that her husband had been missing since 29th October.  She instituted inquires, and in a letter from a member of the same regiment, who had a photograph of Kelly, was informed that the opinion was generally held that the lance-corporal was one of 50 men who had fallen into a German trap and had been blown up.  Kelly, who was 24 years of age, had been six years in the Gordons, and had been only one week at the front when he was reported missing.

Can you tell us more about William David Kelly'? Some additional facts, a small story handed down through the family or perhaps a picture or an heirloom you can share online. Contact our curator...