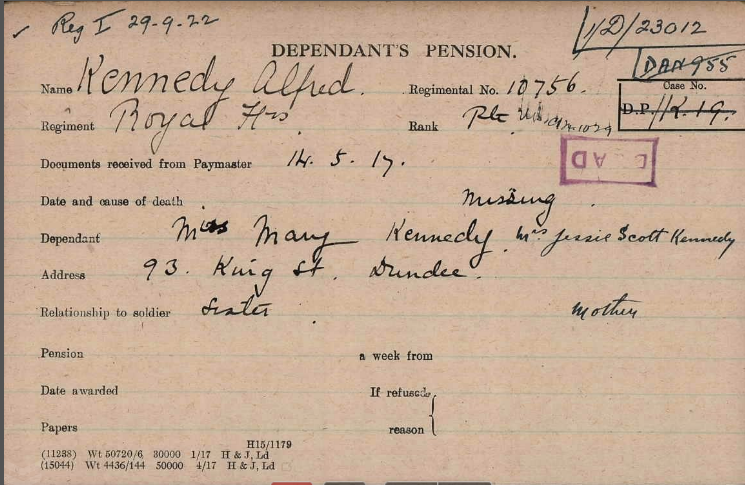 Alfred has no known grave but is remembered on the Thiepval Memorial. He is believed to be the brother of L/Cpl Alexander Kennedy, S/22378, 8th Battalion Seaforth Highlanders, who was killed in action, 28.07.1918.

Can you tell us more about Alfred Kennedy'? Some additional facts, a small story handed down through the family or perhaps a picture or an heirloom you can share online. Contact our curator...