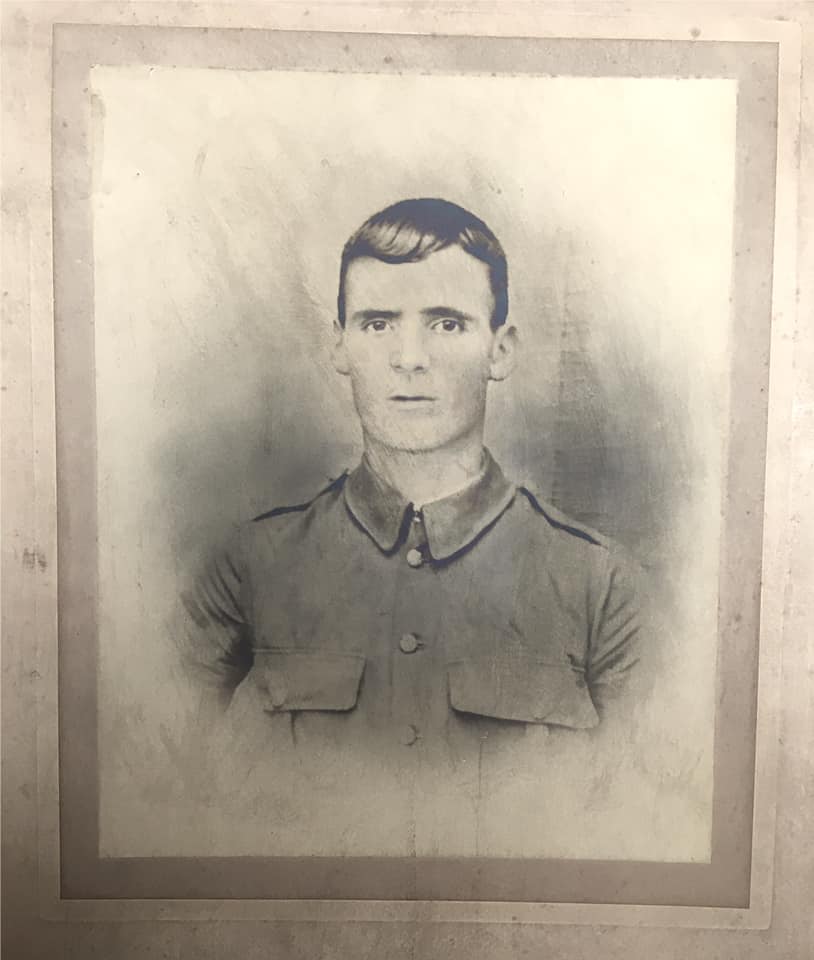 STRUCK BY A “JACK JOHNSON.”

Private Geo. Kennedy, of the Highland Light Infantry, a Dundee Reservist, met with a terrible death in the trenches.  Official news that he was killed in action on 13th November has been received by his wife, who is at present residing with an aunt at 22 Gellatly Street, Dundee.

Kennedy, prior to the war, was a porter at Wormit railway station, and his wife has also received a letter from a Wormit soldier.  Private Joe Dick, of the R.A.M.C., telling how Kennedy met his death.  The letter stated that Kennedy was lying in the trenches when he was struck on the temple by a “Jack Johnson.”  He was driven right into the ground, and his comrades, the writer concluded, had to dig him out.

Only the night before Dick and Kennedy were talking of how things would be going on in Wormit, and at that time he was in the best of spirits.

Private Kennedy, was formerly employed in the “Courier” Office, and was a great football player.  He served about nine years with his regiment, and while in India played for the regimental team, while he also played for Montrose in a Cup tie when he came home three years ago.  He also played in a benefit match for Dundee Hibs.

Besides a widow, Private Kennedy leaves a young child.

Can you tell us more about George Kennedy'? Some additional facts, a small story handed down through the family or perhaps a picture or an heirloom you can share online. Contact our curator...