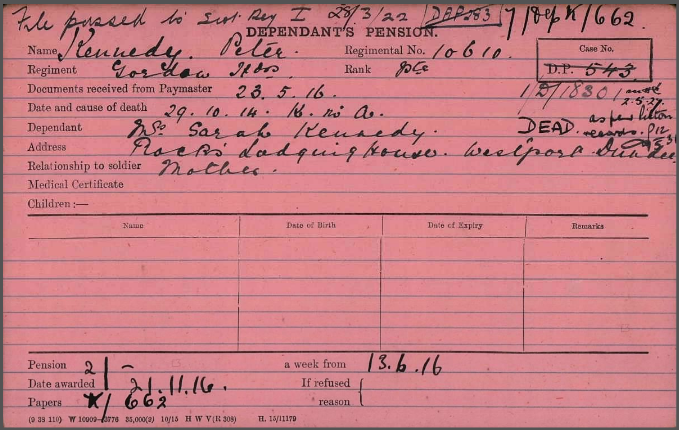 Private Peter Kennedy, of the 2d Gordon Highlanders, has lost his life.  Nothing had been heard of him for some time, and inquiries were set on foot, with the result that a letter was returned with “Killed in Action” written across it.  Private Kennedy, who was 22 years of age, had served in the Gordons for several years, and prior to enlistment he was a shipyard worker.  His mother, who resides at 4 John Street, earns a living as a match vender, and is well known in the central throughfares of Dundee.

Can you tell us more about Peter Kennedy'? Some additional facts, a small story handed down through the family or perhaps a picture or an heirloom you can share online. Contact our curator...