We need you to tell us more about the life and times of David D. Kidd 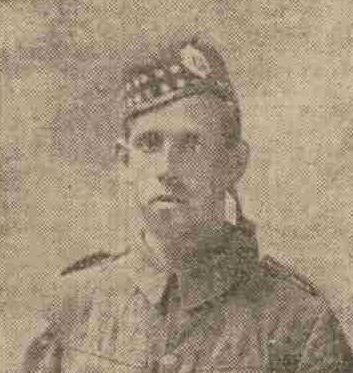 David is believed to be the brother of Pte Robert Kidd, 466875, 42nd Battalion, Canadian Infantry. Robert wife was lost at sea when the the ship she was sailing on was torpedoed by a German Submarine, and Pte Thomas Kidd, 20496, 10th Battalion, Canadian Railway Troops

Mrs Kidd has three other sons doing their bit for King and Country.  Private Robert Kidd and Private Thomas Kidd are in the Canadians, the former having been wounded, while Private Aeneas Kidd is in the Ordnance Corps.

Can you tell us more about David D. Kidd'? Some additional facts, a small story handed down through the family or perhaps a picture or an heirloom you can share online. Contact our curator...