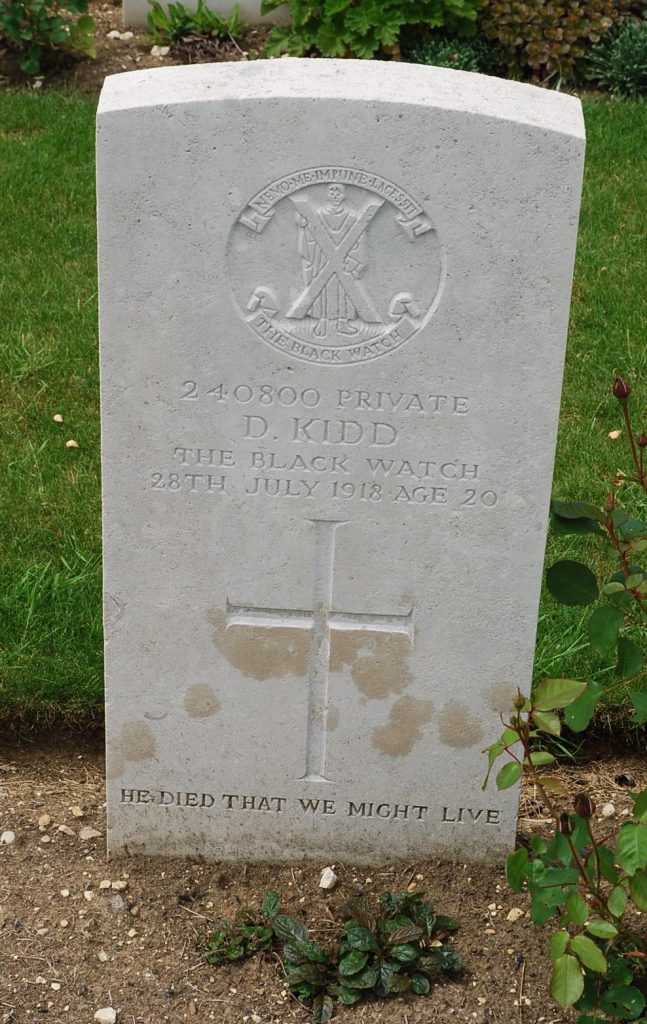 On 28th July 1918, around Chambrecy, the 6th Black Watch fought well but came under intense enemy fire. The battalion was given the French Croix de Guerre because of their impressive conduct. Private Kidd was killed by a gas attack and buried with other members of his battalion who fell. He is named on the 1914-1918 War Memorial in St. Margaret’s Church, Barnhill.

Private David Kidd, Black Watch, son of Mr David Kidd, “The Anchorage,” has been killed.  He enlisted in January 1915, at the age of 17, and had been in France for 13 months.  Private Kidd was gassed in April, and was out of a convalescent camp only three weeks when he fell.  Prior to enlistment he was employed as an apprentice engineer with Messrs Low and Duff, Monifieth.

Can you tell us more about David Kidd'? Some additional facts, a small story handed down through the family or perhaps a picture or an heirloom you can share online. Contact our curator...