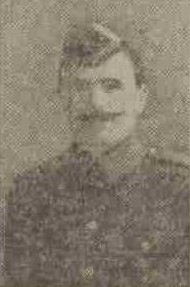 George has no known grave but is remembered on the Le Touret Memorial.

Mrs Knight, 8 Rosefield Street, Dundee, has received official intimation from the War Office of the death in action on 9th May, 1915, of her husband, Lance-Corporal George Knight, Black Watch.  Lance-Corporal Knight who prior to the war was employed as a labourer at Blackness Foundry, was originally reported missing as on the date mentioned, but, confirmation of his death having now been received, notification has been made to Mrs Knight as above indicated.

Can you tell us more about George Knight'? Some additional facts, a small story handed down through the family or perhaps a picture or an heirloom you can share online. Contact our curator...