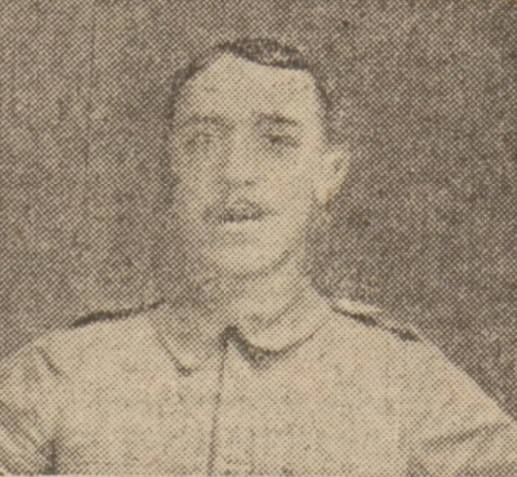 DUNDEE REGULAR KILLED IN ACTION. Mrs Knight, 28 North Wellington Street, Dundee, has received intimation that her son, Private Richard Knight, K.O.S.B., has been killed in action.
Deceased, who was 28 years of age, had served fully nine years in the army. He was stationed in India on the outbreak of war, and took part in the whole of the Dardanelles campaign, being only absent for a few days on account of a slight wound. He is survived by two children. The Courier, Wednesday, 2 August 1916, 4.

Can you tell us more about Richard Knight'? Some additional facts, a small story handed down through the family or perhaps a picture or an heirloom you can share online. Contact our curator...