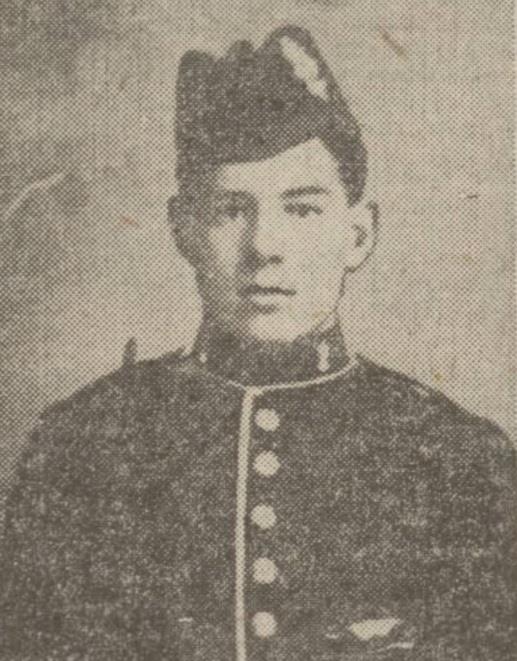 Joseph has no known grave but is remembered on the La Ferte Memorial.

On 27 January 1916, The Courier reported the death of 11230 Pte. Joseph Kydd, 2nd Royal Scots, the son of Joseph and Catherine Kydd, 49 Wilkie’s Lane, Dundee.
Pte. Kydd had been missing in action since 26 August 1914, and was one of the first Dundee casualties of the Great War, but official confirmation of his death was not received until early 1916. He is commemorated on the La Ferte-sous-JouarreMemorial, Seine-et-Marne, France, which commemorates some 3,740 men of the original British Expeditionary Force.

DUNDEE SOLDIER KILLED IN ACTION. Private Joseph Kydd, of the Royal Scots, was one of the first Dundee men to pay the supreme sacrifice in this war. His parents, who reside at 49 Wilkie’s Lane, Dundee, received intimation that their son had been missing since 26th August 1914, but official word has come to hand that Private Kydd was killed in action on that date. Deceased was 20 years of age. The Courier, Thursday, 27 January 1916, 6.

Can you tell us more about Joseph Kydd'? Some additional facts, a small story handed down through the family or perhaps a picture or an heirloom you can share online. Contact our curator...