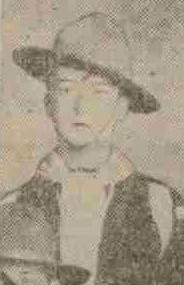 Alex has no known grave but is remembered on the Le Touret Memorial. He was killed in action, and was only 16 years old at the time of his death.

Mrs Laidlaw, 11 Kincardine Street, Dundee, would be grateful for any news regarding her son, Lance-Corporal Alex Laidlaw, 1st Black Watch, who is officially reported as missing since 9th May.  Lance Corporal Laidlaw is only 16 years of age, and he enlisted shortly after war broke out.  He was an enthusiastic Boy Scout, having been a member of the 8th (Dundee) Troop.  He was formerly employed with a baker in the city as a van driver.

Can you tell us more about Alexander Laidlaw'? Some additional facts, a small story handed down through the family or perhaps a picture or an heirloom you can share online. Contact our curator...