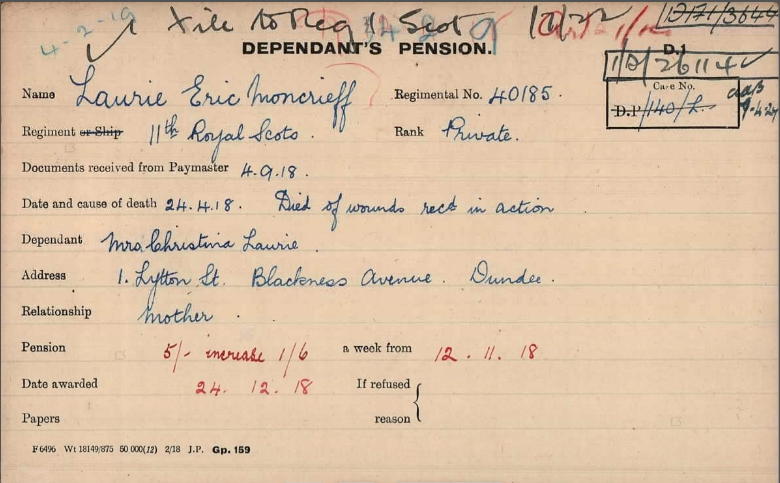 Private Eric M. Laurie, Royal Scots, elder son of George Laurie, Blackness Nursery, was a former pupil of the Harris Academy.  He enlisted in the Fife and Forfar Yeomanry in October, 1915, and proceeded to the front in September, 1916.  Latterly he was attached to the Royal Scots.  He was wounded in June last year.  Private Laurie, who was 24 years of age, was formerly in the employment of Messrs Laird & Sinclair, seedsmen. A brother is serving with the Gordons in France.

Can you tell us more about Eric Moncrieff Laurie'? Some additional facts, a small story handed down through the family or perhaps a picture or an heirloom you can share online. Contact our curator...