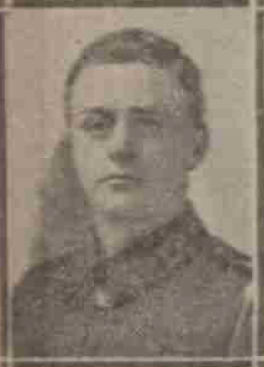 James was the brother of Pte Thomas Lawrence, 240848, 5th Battalion Black Watch, who died of disease 03.02.1917 and is interred in Barnhill Cemetery, Broughty Ferry.

Mrs T. Lawrence, King Street, Broughty Ferry, has been officially informed that her son, Gunner James Lawrence (22), R.G.A., died on 3d September from wounds received in action.  He joined the colours at the beginning of the war, and was employed at the Milton Mill.  Mrs Lawrence has lost a younger son through the war from shell-shock.

Can you tell us more about James Ross Lawrence'? Some additional facts, a small story handed down through the family or perhaps a picture or an heirloom you can share online. Contact our curator...