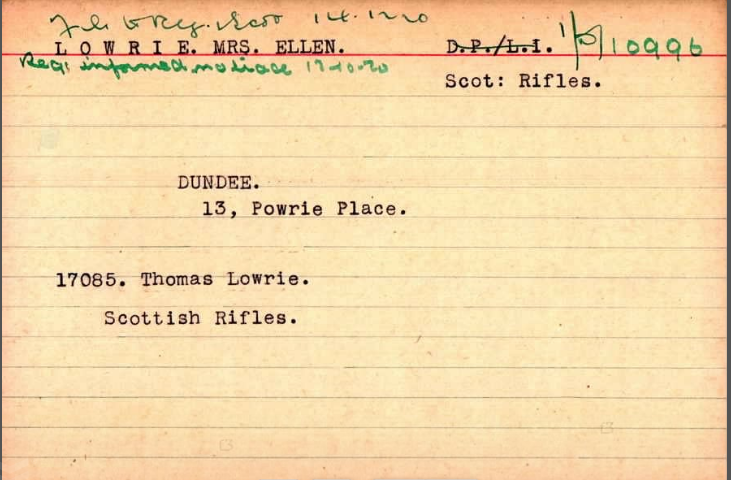 Thomas was an Edinburgh man,  resident in Dundee when he enlisted.  He was a volunteer in Kitcheners New Army and specifically the 10th Bn Cameronian (Scottish Rifles),  which were in the New Army 15th Scottish Division
Thomas’s service records are not available but from what remains we can see that he entered the War theatre of France in July 1915 which would have place him in his Battalion for the Battle of Loos in September.   He survived that encounter and with his division in the same sector he was part of 10th Cameronians defending “The Kink” near Fosse 8 on the Loos battlefield of 1915  which was assaulted by  and lost to a Bavarian Division.
Thomas along with many of his battalion colleagues made the final sacrifice on 11 May 1916.  He left a wife at 13 Powrie Place Dundee.

Can you tell us more about Thomas Lowrie'? Some additional facts, a small story handed down through the family or perhaps a picture or an heirloom you can share online. Contact our curator...