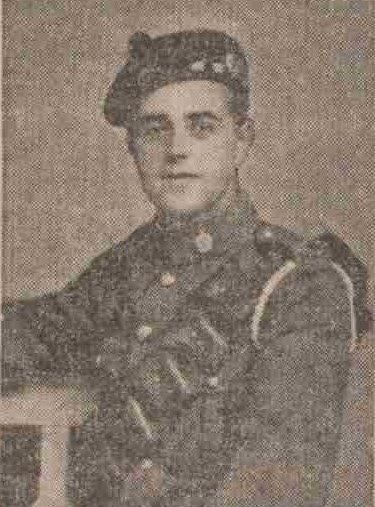 Mrs Lawson, 1 Errol Terrace, Dundee, has been notified by the War Office of the death of her eldest son, Trooper Peter Lawson, 1/3rd Scottish Horse, who was killed on November 4th at Gallipoli.  Aged 21, Trooper Lawson joined the army at the beginning of hostilities, and was previously engaged as cashier with J. S. Bradford & Co, Burnside Works, Lochee.  Another son of Mrs Lawson, Private John Lawson, Argyll and Sutherland Highlanders, is at present fighting in France.

Can you tell us more about Peter Lawson'? Some additional facts, a small story handed down through the family or perhaps a picture or an heirloom you can share online. Contact our curator...