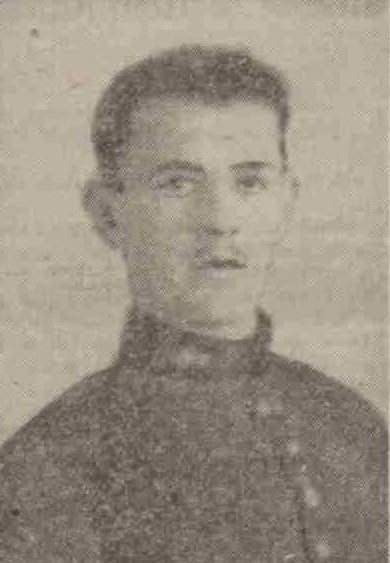 Little Jimmy Lawson handed his mother a letter the postman had given him, but the missive was not a “bonnie one.”

It was an intimation to Mrs Lawson, who resides at 39 Lochee Road, Dundee, that her son Bombardier William Lawson, of the Royal Garrison Artillery, had been killed in action on 14th September.

Pathetic circumstances attend Bombardier Lawson’s death.  The last letter he sent home was received four days after he had been killed.  In it he said :___”Just a line to let you know that I am still alive and kicking.  I want you to send me a football paper just to see how all the teams are getting on.”

Bombardier Lawson must have been killed shortly after writing the letter, as it was posted on 14th September.

Mrs Lawson has another son, Private Robert Lawson, who is in the Argyll and Sutherland Highlanders, and he is at present in India.

Would Come Home With Medals.

In a letter to his mother Private Lawson wrote :___”I don’t expect the Garrison Artillery will be at the front, so I don’t think Willie will be away.  I would like if our regiment could get.”

Bombardier Lawson, who was 22 years of age, had served three years with his regiment, and before enlisting was employed as a dresser in Caldrum Works, Dundee (Harry Walker & Sons, Ltd.).

Can you tell us more about William Lawson'? Some additional facts, a small story handed down through the family or perhaps a picture or an heirloom you can share online. Contact our curator...