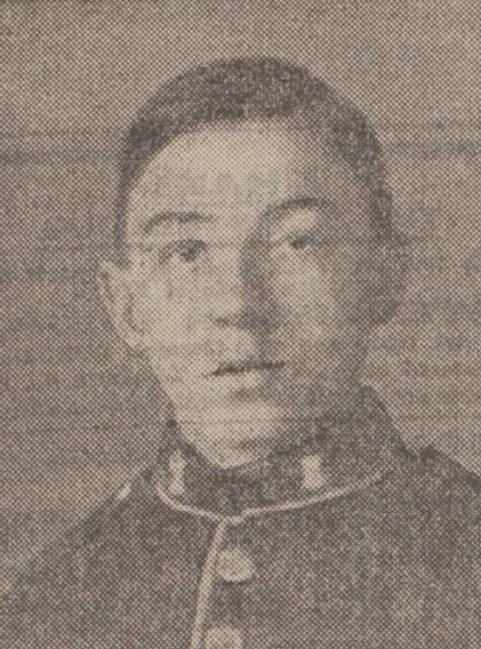 3-2182 Pte. Charles Leishman, 1st Black Watch, was one of several Dundee soldiers to fall during his battalion’s attack at Bassee, on 25 January 1915.
He was 19 years of age and formerly employed as a millworker with Gilroy, Sons, & Co. His parents lived at 3 Urquhart Street.
Pte. Leishman is commemorated on the Le Touret Memorial, Pas de Calais, France.DUNDEE MEN FALL AT LA BASSEE IN THE BLACK WATCH BAYONET CHARGE. Many Dundee men lost their lives in the bayonet charge of the 1st Black Watch at La Bassee on 25th January. Three more deaths were reported yesterday.
The photograph reproduced above is that of Private Charles Leishman, whose parents reside at 3 Urquhart Street. They have received a letter from deceased’s corporal, in which he says: – “I was quite close to your son when he was shot through the head.”
Private Leishman was only 19 years of age. When the war broke out he belonged to the 3d Royal Highlanders, and was a millworker in the employment of Gilroy, Sons, & Co., Limited.
Private John Fox died of his wounds on 27th January. He was 38 years of age, and left the National Reserve for the 1st Black Watch on the outbreak of hostilities, before which he was a calender worker with Messrs Forbes & Christie, Victoria Road. He leaves a widow and three children, who reside at 6 Morrison’s Court.
A letter from the adjutant of the 1st Herts Regiment has been received by Mrs M’Gee, 41 William Street, informing her that the body of her husband, Private George McGee, was found lying in an exposed position in front of the firing line on 25th January. Some men of the company dug a grave, in which he was interred, and a wooden cross was erected to mark the place of his internment.
Private McGee was in the National Reserve, and re-enlisted in the Black Watch. He was 38 years of age, and employed as a jute batcher with Thomson, Shepherd, & Co., Limited, Seafield Works. The Courier, Thursday, 18 February 1915.

Can you tell us more about Charles Leishman'? Some additional facts, a small story handed down through the family or perhaps a picture or an heirloom you can share online. Contact our curator...