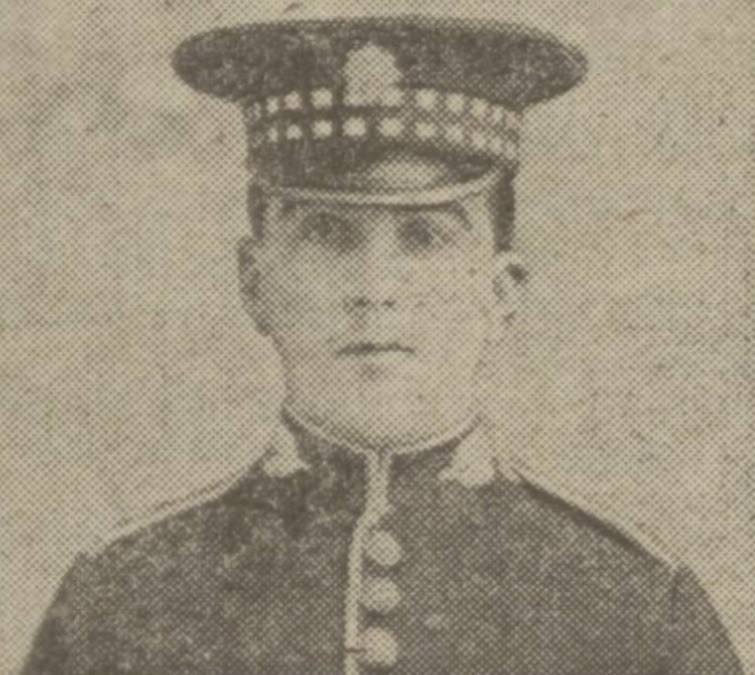 On 16 September 1916, 12241 Pte. William Logan, 2nd Scots Guards, was killed in action in France, aged 21. He served his apprenticeship as a grocer with Mr Brown, Dura Street.

DRONLEY GUARDSMAN FALLS IN ACTION. Private William Logan, Scots Guards, is a young Forfarshire man who has lost his life in action after having been on active service for over fifteen months. He is a son of Mr and Mrs Stewart Logan, Dronley, and intimation has been received by his parents that he was killed in September. Deceased was 21 years, and he joined the army shortly after the outbreak of war. Before enlisting he was in the employment of Mr J. A. Braithwaite, merchant, the Pillars, Dundee. He served his apprenticeship as a grocer with Mr J. D. Brown, Dura Street. The Courier, Tuesday, 10 October 1916, 4.

Can you tell us more about William Logan'? Some additional facts, a small story handed down through the family or perhaps a picture or an heirloom you can share online. Contact our curator...