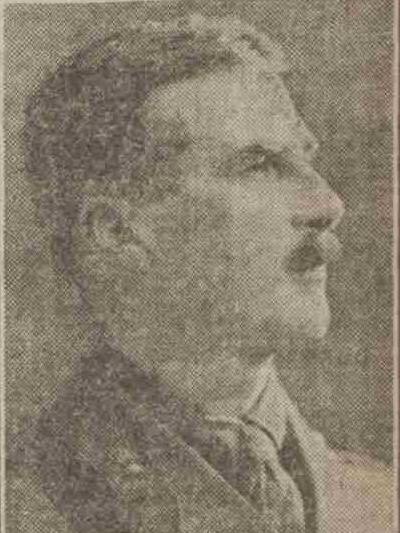 To a wide circle of friends in Dundee and district the news of the death at the front of Lieutenant G. Hammond Lord, R.F.A., will create feelings of the most poignant regret.  Lieutenant Lord died on November 30 from injuries accidentally sustained.

Forty-two years of age, he was the third son of the late Mr George H. Lord, Westbank, Dundee, and a partner of the firm of George H. Lord & Son, engineers and mill-furnishers, Park Machine Works, Douglas Street, Dundee.  Soon after the outbreak of war he enlisted in the Sportsman’s Battalion, and subsequently was gazetted to the R.F.A., with which he had serve in France for about two years.

Lieutenant Lord was greatly esteemed by all who knew him.  He was a man of lovable and refined disposition, with all the qualities of a good soldier.  In boating circles in Dundee he took an active part, and on more than one occasion he had rendered distinguished but un ostentatious service in rendering assistance to followers of that sport when the Tay was in tempestuous mood.

Can you tell us more about George Hammond Lord'? Some additional facts, a small story handed down through the family or perhaps a picture or an heirloom you can share online. Contact our curator...