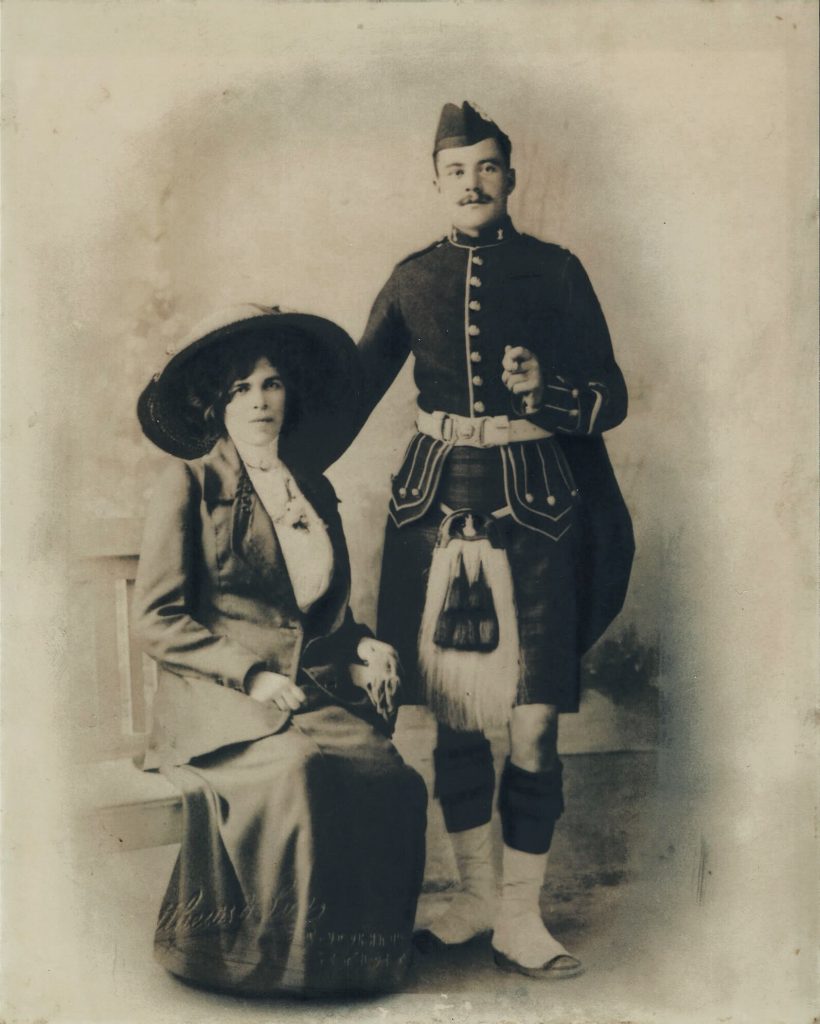 James Low’s wife was Nellie Low of Ballyreigue, Tralee, Co. Kerry. James has no known grave but is remembered on the Le Touret Memorial.

James Low was my great grandfather. His address was 3 Yeamans Alley, Lochee, Dundee. He was the son of Mary Jean Scrimgeour but was raised mainly by his Grandmother Mary Low aka Granny Booth, who married John Gibson Booth after she gave birth to Jane. James’s father was never in the picture along with Jane’s (James mother) father so he went by his grandmother’s maiden name which was Low as she was Low when she gave birth to James’s mother Jane. Both his grandmother and his mother married but neither of those men were blood relatives to James hence why he went by his Grandmothers surname. James died at the age of 25 and has no known grave but he names is listed on the Le Touret Memorial in France and his name is listed in the roll of honor in the war museum in Edinburgh castle. .

While serving in Ireland before WW1 he met my great Grandmother Nellie Hoare and they got married in the Isle of Wight. on the 12/01/1914.

Can you tell us more about James Low'? Some additional facts, a small story handed down through the family or perhaps a picture or an heirloom you can share online. Contact our curator...