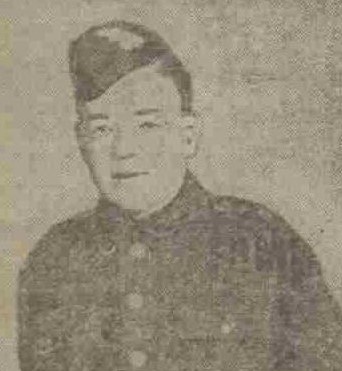 George has no known grave but is remembered on the Le Touret Memorial. He was the son of the late Mrs John Lowden.

Information has been received by Mrs Lowden, 17 Arthur Street, Dundee, that her son, Private George Lowden, of the 2nd Black Watch, has been killed in action.

The news was conveyed in a letter written by Private Edward Brown, of the same regiment, to his wife, who informed Mrs Lowden.  Private Brown said he saw Private Lowden fall on 18th May, and also stated that he was buried, and a wooden cross was placed over his grave.  Official intimation is still lacking however, Private Lowden was 17 years of age, and enlisted on the outbreak of war in the 3rd Black Watch, but was drafted into 2nd Battalion before embarking to France.

Private Lowden was previously employed as a millworker by the Buist Spinning Company, Dura Street, Dundee.  Mrs Lowden has one brother, one brother-in-law, and four nephews also with the colours.

Can you tell us more about George Lowden'? Some additional facts, a small story handed down through the family or perhaps a picture or an heirloom you can share online. Contact our curator...