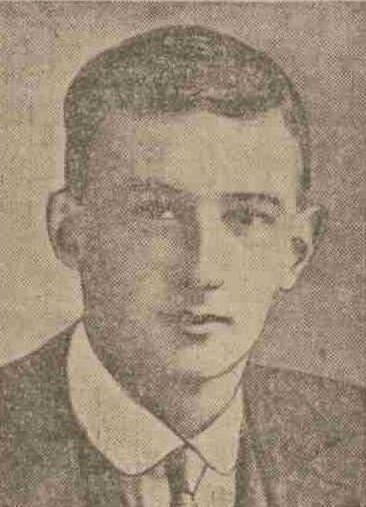 Second-Lieutenant Eric George Vincent Luis, of the Oxford and Bucks Light Infantry, was killed in action on the 7th inst.  He was the younger son of the late John H. Luis, J.P., V.D., of Newstead, West Ferry, and grandson of Mrs Luis, Cidhmore, Dundee.

Lieutenant Luis, who was in his 20th year, was educated at Glenalmond, and was a member of the O.T.C.   When war broke out he was serving his apprenticeship as a chartered accountant in the office of Moody Stuart & Robertson, C. A., Dundee.  He soon responded to his country’s call, and enlisted as a private.  He was on active service for a considerable time, and returned home to obtain his commission.  It is only four weeks since he was promoted to commissioned rank.

Can you tell us more about Eric George Vincent Luis'? Some additional facts, a small story handed down through the family or perhaps a picture or an heirloom you can share online. Contact our curator...