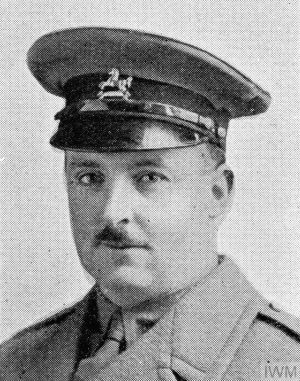 His Majesty has sent the following telegram to Mr David Lumsden, Dalreoch, regarding the death of his son, Captain D. A. Lumsden, at the front on 1st May :–

“The King and Queen deeply regret the loss you and the army have sustained by the death of your son in the service of his country.  Their Majesties truly sympathise with you in your sorrow.”

“Dear Sir,–l am writing to express on my own behalf and that of my brother officers our deepest sympathy with you and yours in the death of your son, Captain D. A. Lumsden, who has been killed in action on Saturday, 1st inst., in the fighting in which the battalion took part—he was shot through the head and killed instantly while gallantly leading his men, and his death is a great loss to the battalion, as in him we have lost a good officer and a very popular comrade.  The fighting took place north of Ypres, where we have been engaged for the last week or so in very severe fighting, and I am very sorry to say the battalion, like many others, suffered severely.  He was buried after the fight at a farm where the doctor worked tending the wounded, in the vicinity of a village called St Jean.  His personal belongings will be sent home at the first available opportunity.

“It will be a comfort to you to know that he had no suffering, and that he did his duty nobly and behaved in a most gallant way throughout the fighting for the good of his country, and we shall one and all miss him in every way.

Can you tell us more about David Aitken Lumsden'? Some additional facts, a small story handed down through the family or perhaps a picture or an heirloom you can share online. Contact our curator...