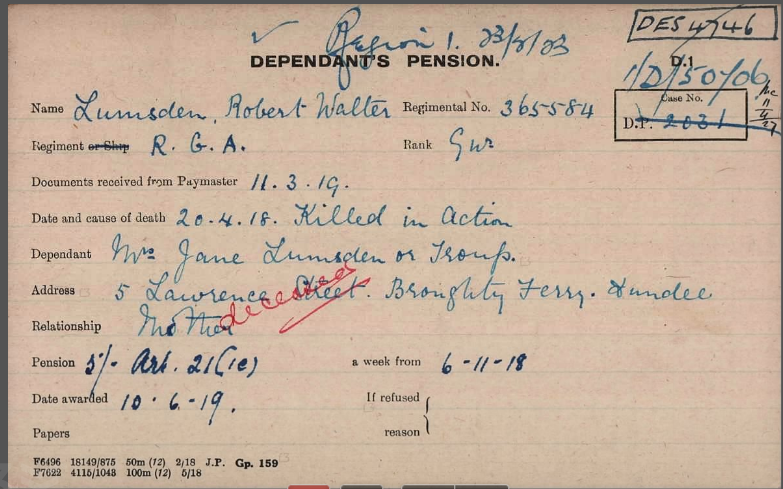 Gunner Robert W. Lumsden, R.G.A., has been reported by his chaplain to have been killed. Gunner Lumsden, who was mobilised at the outbreak of war, served for two years in France. He was formerly employed with J. & P Suttie, joiners, Broughty Ferry, and his parents reside at 5 Lawrence Street, Broughty Ferry.

Can you tell us more about Robert Walter Lumsden'? Some additional facts, a small story handed down through the family or perhaps a picture or an heirloom you can share online. Contact our curator...