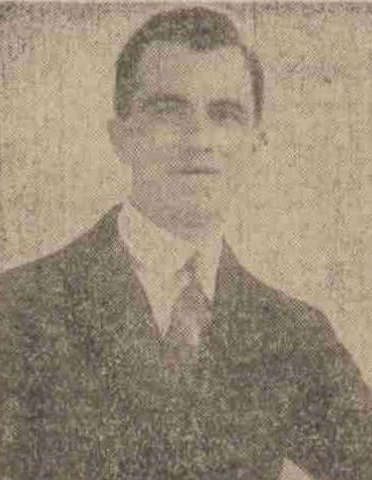 The photograph is that of A.B. Burnett Lyon, of the Howe Battalion Royal Naval Division, whose death in action at Gallipoli occurred on 15th November.  A.B. Lyon, who was 23 years of age, was the younger son of Mr and Mrs J. Lyon, 22 Gardener Street.  He joined the Royal Naval Division 5½ months before he laid down his life.  A.B. Lyon served his apprenticeship as an upholsterer with Thomas Justice & Sons, Ltd, Dundee, and prior to enlisting he was employed in the General Post Office, Dundee.

Can you tell us more about Burnett Lyon'? Some additional facts, a small story handed down through the family or perhaps a picture or an heirloom you can share online. Contact our curator...