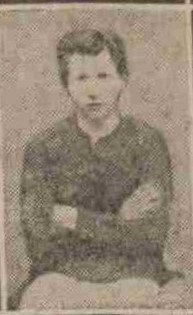 In June, before the war clouds spread across the horizon, Harry Mabe, Dundee millworker, enlisted in the 1st Black Watch.  Before many months had passed he was in France taking his stand shoulder to shoulder with older men, many of whom had seen much service.  Upon the eve of Christmas, he was shot in the head, and two days later he passed away in hospital at Lille.  Official intimation of his death has now been received by his parents, who reside at 12 City Road.  The young soldier was at one time employed as a millworker, and attained his eighteenth birthday after he had joined the colours.  He was well known in junior football circles having played centre-half for Woodbine Football Club.

Can you tell us more about Henry Mabe'? Some additional facts, a small story handed down through the family or perhaps a picture or an heirloom you can share online. Contact our curator...