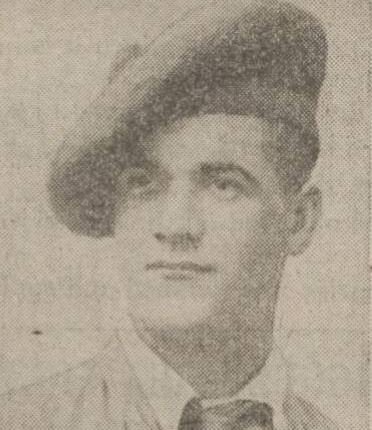 John’s D.C.M. was won as a drummer with the 1st Black Watch at Kruiseke on 27 October 1914, when on four occasions he conveyed very important messages under heavy shell fire. He was badly wounded several days later on 2 November. His Military Medal was gazetted on 2 June 1916, while still serving with the 1st Battalion. The bar to his M.M. was gazetted on 6 July 1917.

There is a short story about JSM and a pipe tune named in his honour https://pipingpress.com/spa-ww1-black-watch-tunes/?utm_source=email&utm_medium=email

Sergeant Stuart MacMurchie DCM, MM. 2/4 march. Sgt. MacMurchie joined Royal Army Medical Corps thence to 1st Black Watch. He is commemorated in Dundee Congregational Church, Constitution Rd., and in the Roll of Honour in Sydney Morning Herald 6 August 1917. He was the son of Archibald MacMurchie, an Australian bridge builder. He left Aldershot with 1st Black Watch in 1914.  That same year he won the Distinguished Conduct Medal for carrying messages under fire while wounded. He returned to the front in 1915 and was mentioned in dispatches at Loos, then received the Military Medal that October for rescuing a wounded officer. He was again wounded himself. Later when promoted sergeant in the  8th BW, 9th Div. he received a bar to the MM for rallying leaderless Seaforths. He was killed by a bomb in the suburbs of Arras on 3rd May 1917 and is buried in St Nicolas British Cemetery, Arras. He was aged only 22. If ever  a soldier deserved a pipe tune it is Sergeant Stewart MacMurchie.

Sergeant John Stuart MacMurchie, of the Black Watch, a heroic Dundee soldier, who had gained both the D.C.M. and the Military Medal, has been killed at the front.  A son of Mr Archibald MacMurchie, 13 Victoria Street, the deceased sergeant, who was 23 years of age went to France with the original British Expeditionary Force, and twice before he had been wounded.  He was decorated with the Distinguished Conduct Medal and the Military Medal by Lord French at Dunfermline in August last.

The circumstances attending this brave soldier’s death are exceptionally pathetic.  The chaplain, in a letter to Sergeant MacMurchie’s father, states that he had been kept out of the last action the battalion was in, and was living at the transport lines, where a man was as reasonably safe as anyone could be in the midst of war.  But the unexpected happened.  A German aeroplane flew over the lines, and dropped a bomb which hit the bivouac in which he and others were sleeping.  Death in his case and that of two others was instantaneous.  “It is peculiarly tragic,” says the chaplain, “that one who has come through so much on active service and who has always behaved with such conspicuous gallantry should perish so far back from the lines as the result of what we regard as merely a chance.”

Can you tell us more about John Stuart Macmurchie'? Some additional facts, a small story handed down through the family or perhaps a picture or an heirloom you can share online. Contact our curator...