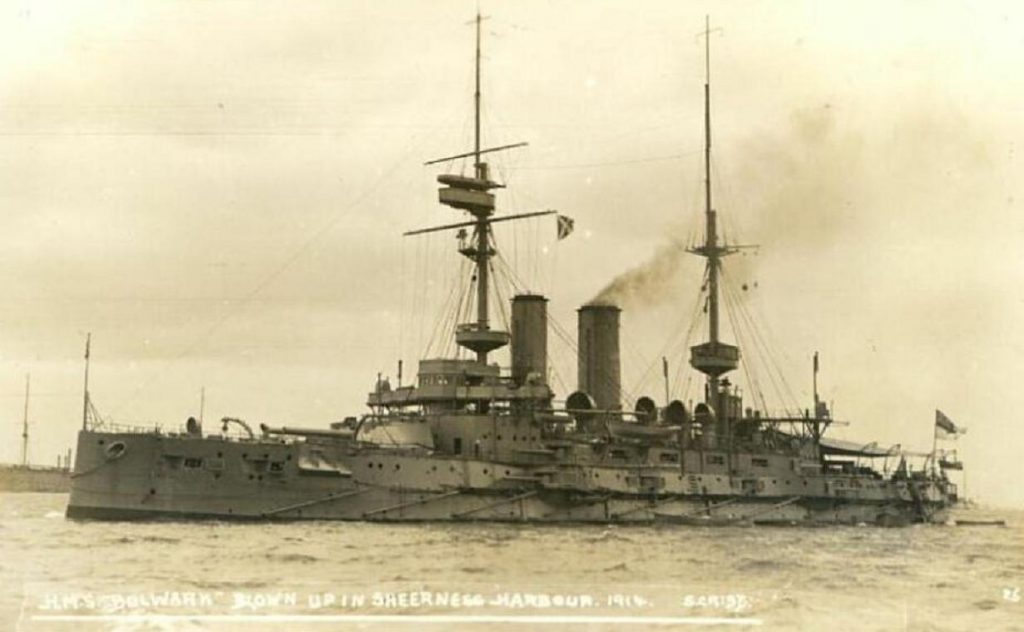 Alexander has no known grave but is remembered on the Portsmouth Naval Memorial. He was serving on H.M.S. Bulwark which was attached to the Channel Fleet, conducting patrols in the English Channel. On 26 November 1914 while anchored at Sheerness she was destroyed by a large internal explosion with the loss of 736 men. There were only 14 survivors of the explosion and of these, 2 died later in Hospital. The explosion was believed to have been caused by the overheating of Cordite charges that had been placed adjacent to a boiler room bulkhead.

Can you tell us more about Alexander Maitland'? Some additional facts, a small story handed down through the family or perhaps a picture or an heirloom you can share online. Contact our curator...