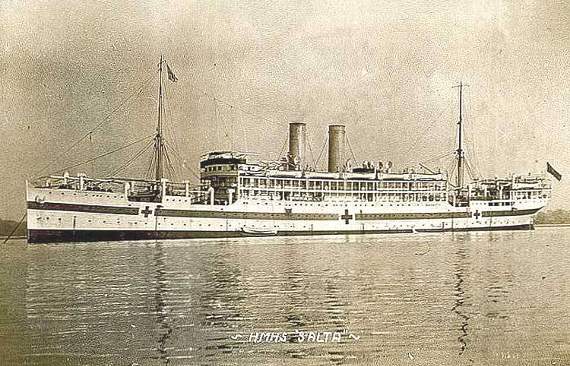 Agnes drowned at sea.  H.M.H.S. Salta  was chartered by the Admiralty in 1915 and converted into a Hospital Ship. On 10 April 1917 the Salta was returning to Le Havre from Southampton to pick up wounded soldiers. At 11:43 she struck a mine laid by German Submarine UC-26, 1 mile North of the entrance to the dam half a mile North of Whistle Buoy, Le Havre. A huge explosion smashed the hull near the stern and water flooded in and she sank in less than 10 minutes. Of the 205 passengers and crew, 9 Nurses, 42 Royal Army Medical Corps staff and 79 ships crew drowned. The British Patrol Ship, H.M.S. P-26 attempted to come along side the Salta to assist, but she also struck a mine and sank.

Agnes was the sister of John Barrie Findlay Mann, 3rd Mate of the S.S. Queen Eugenie who also died at sea when his ship was torpedoed and sunk 25 March 1917 by UC-67.

Can you tell us more about Agnes Grieg Mann'? Some additional facts, a small story handed down through the family or perhaps a picture or an heirloom you can share online. Contact our curator...