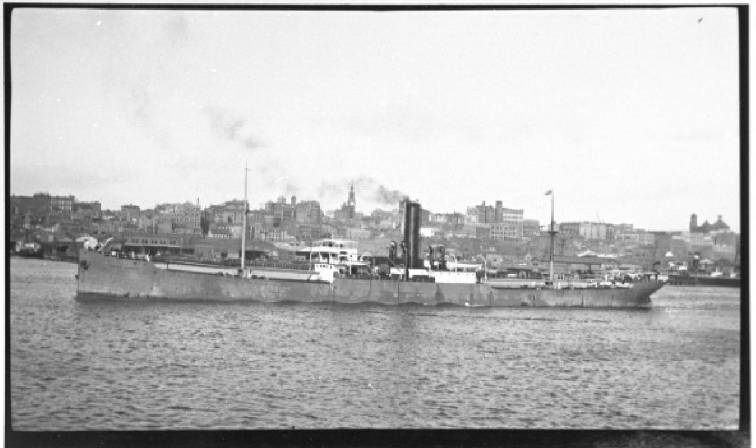 John has no known grave but is remembered on the Tower Hill Memorial. He was the son of John Mill Mann and the late Christina A. Mann.

John was serving on the S.S. Queen Eugenie which was a 4,360 ton Steamer which was enroute from New York to Calcutta with a general cargo. On 25 March 1917 she was torpedoed and sunk by German Submarine UC-67, 25 miles North North East of Cani Rocks off the coast of Tunisia with the loss of 35 crew with 2 crew members being taken prisoner.

John was the brother of Nursing Sister Agnes Grieg Mann, who also died at sea when she was aboard the Hospital Ship Salta, which struck a mine of Le Harve on 10 April 1917 and sank with the loss of 130 people.

Can you tell us more about John Barrie Findlay Mann'? Some additional facts, a small story handed down through the family or perhaps a picture or an heirloom you can share online. Contact our curator...