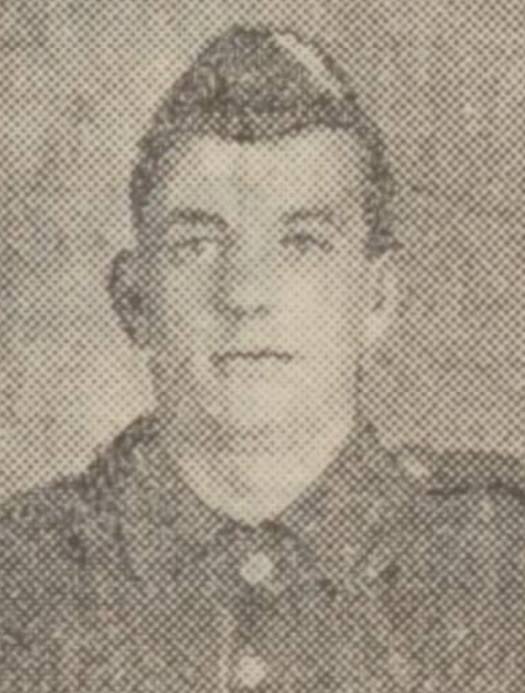 1008 Pte. Abraham Martin, 5th Black Watch, was killed in action on 21 February 1915, aged 22.
The son of Robert and Jean Ann Kinear Martin, Crosshill, Glencraig, Fife (formerly Lochee), Martin had served in the territorials for almost eight years, and was with the ‘Fifth’ when it landed at Le Havre on 1 November 1914.
Before the war he was employed in Camperdown Works.
He is buried in Rue-des-Berceaux Military Cemetery, Richebourg l’Avoue, II. F. 26.5TH BLACK WATCH MAN DIES WHILE BEING CARRIED TO DRESSING STATION. Private Abraham Martin, of the 5th Black Watch, who belonged to Lochee, has died a soldier’s death.
The sad intelligence that he died a week past Saturday, while being carried to a dressing station, is contained in a letter from the chaplain of the Battalion received by his mother, who is at present residing in Glencraig, Lochore. The chaplain says: – “He was seriously wounded in a redoubt by shrapnel shell, and died on his way to the dressing station. He was carried to an orchard a mile and a half away by me, and laid to rest with some more of his comrades.”
Previous to removing to Lochore Mrs Martin resided at High Street, Lochee. Private Martin, who was twenty-two years of age, was well liked by the men of the Battalion, and many in Lochee will also mourn his loss. He was about eight years in the Battalion, and was employed in Camperdown Works, Lochee (Cox Brothers, Ltd). The Courier, Saturday, 13 March 1915, 4

Can you tell us more about Abraham Martin'? Some additional facts, a small story handed down through the family or perhaps a picture or an heirloom you can share online. Contact our curator...