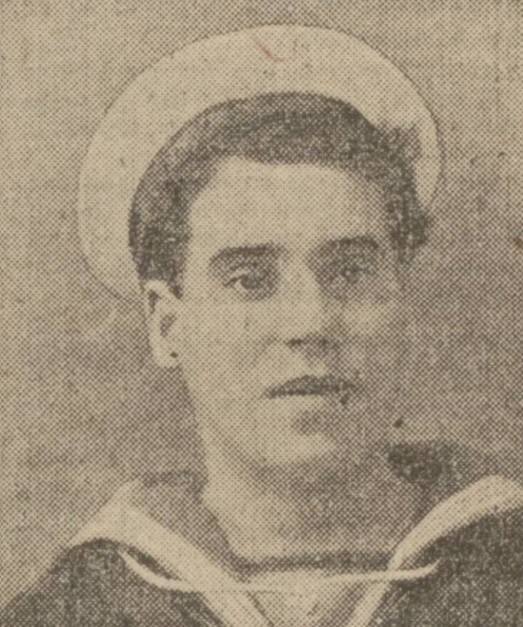 Clyde Z/331 A.B. Stephen Martin, Hood Battalion, Royal Naval Division, R.N.V.R., was killed in action on 18 October 1916.
The son of Mr and Mrs William Martin, 65 Main Street, Stephen enlisted on 27 September 1914.
He was twice wounded at the Dardanelles, sustaining a bayonet wound to his left hand, and temporarily losing his ability to speak after a shell explosion.
He joined Hood Battalion in February 1916, and was killed by a shell on 18 October, aged 24.

DUNDEE NAVAL VOLUNTEER KILLED. A.B. Stephen Martin, of the Royal Naval Division, has been killed in action.
Intimation of his death was received by his mother, who resides at 65 Main Street, Dundee. The letter conveying the sad intelligence states that Martin was struck by a shell and killed instantaneously. Deceased, who was 24 years of age, was wounded twice during operations at the Dardanelles. He was employed as a seaman on board one of the D.P. & L. steamers, and joined the Naval Volunteers shortly after the outbreak of war. The Courier, Friday, 3 November 1916, 4.

Can you tell us more about Stephen Martin'? Some additional facts, a small story handed down through the family or perhaps a picture or an heirloom you can share online. Contact our curator...